What is an Uber Driver and What is it like Driving for Work?

According to Bureau of Labor Statistics, the median pay﻿ for a typical cab driver was $11.30 per hour in 2015. This includes driving work for chauffeurs too. Unlike these driving jobs, the typical Uber driver earns almost double, making about $20 to $25 per hour.

And unlike a taxi or a trucking company, Uber drivers are not considered employees. Uber drivers are private contractors. They are not regulated by any government licensing entity, and most drivers don’t even pay income tax on their earnings.

What Exactly is Uber Then?

Uber is not a car rental company, nor is it a taxi service. Founded by Travis Kalanick and Garrett Camp in 2009 and currently employs ﻿over﻿ 20,000 people globally. Uber itself, is an app-based transportation network based in San Francisco, California.

Uber is a ride-sharing service. Similar to a cab booking service but for private car owners instead of cabs, the Uber app connects drivers to individuals that want a ride. As a user, you download the app from either Google Play or the App Store. Key in your details, and then you’re ready to find yourself a car and a driver to get you places. Rides are directly charged to the passenger’s credit card, and passengers are not obliged to tip.

With 6,700 employees, the company has grown worldwide offering various levels of service. UberX is the most economical of the lot, which uses cars that are more of the everyday variety. UberXL will get you a vehicle that can comfortably transport more than 6 passengers, which mostly will either be a minivan or an SUV. The UberSelect, meanwhile, provides a luxury town car like a Mercedes, an Audi, or a BMW.

UberBlack is the most premium of Uber’s services, offering high-end vehicles with chauffeured service. Its newest service called UberPool lets riders share rides with other people. Trips in UberPool may take longer, but cost less since the riders share the cost of the trip.

Be a Taxi Driver or an Uber Driver?

For a driver, getting a license to be able to drive a taxi is tedious. You go through a process--- various paperwork from the DMV to get your chauffeur’s license, a seminar on defensive driving from an accredited driving school, medical forms, getting insurance, to showing your financial capability. 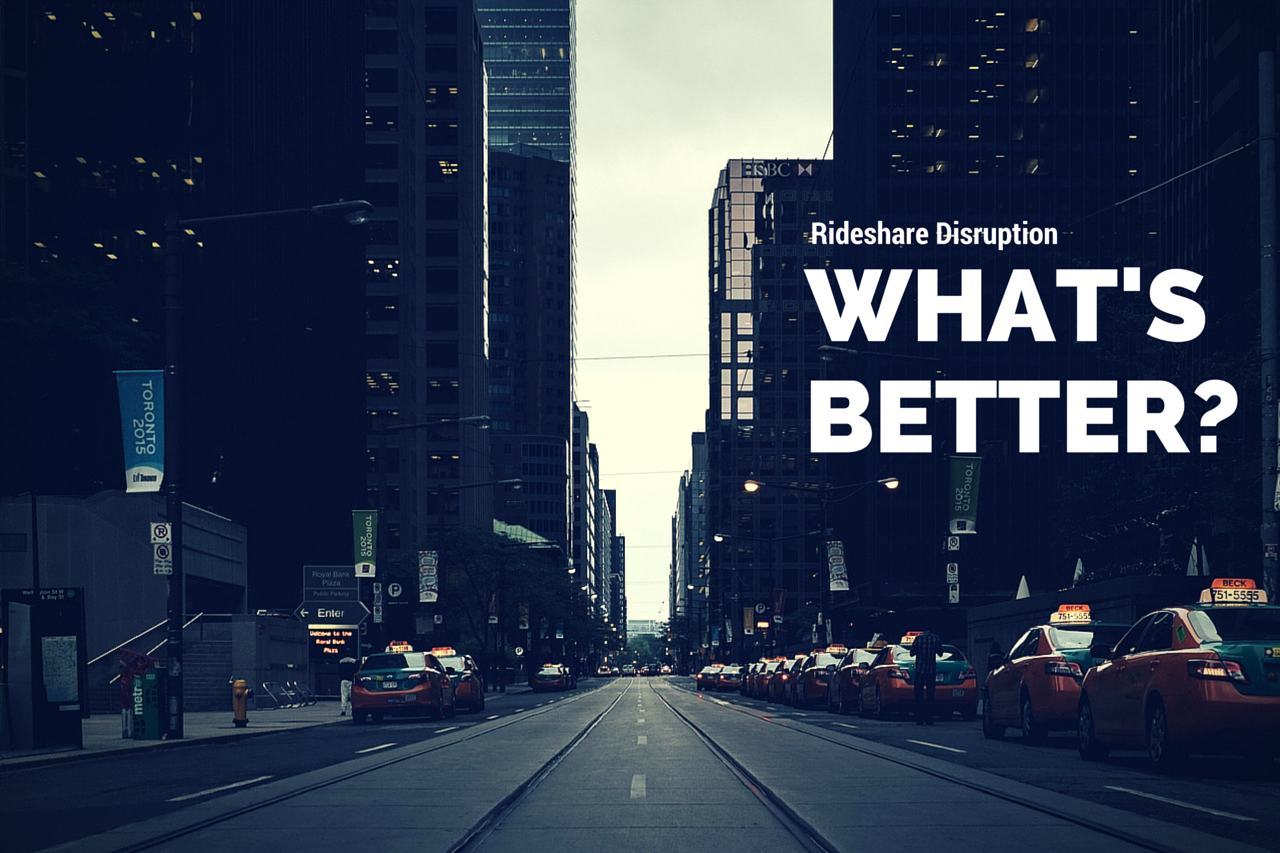 It’s even harder and more expensive to get a license to operate a taxi service. In New York, for example, costs of buying a taxi license have skyrocketed to almost a million per license.

How to become an Uber driver, on the other hand, is relatively easier.

What is an Uber driver? Uber driver requirements include possessing a standard Driver’s License, and car insurance. Drivers should also be 21 years or older, and pass a background check. Uber also has a restriction in the car that you’re going to use for your trips. Uber vehicles must be of a year 2000 model or newer.

So how does Uber work for drivers? If it takes months to get a license to drive a taxi, in Uber, it takes less than two weeks to get processed.

Once approved, download the app and start earning. Before you take your first trip though, Uber sends you an onboarding video that you can watch. It’s comprehensive and shows you not only the process, but gives you helpful tips on how to use Uber as a driver.

What's a Better Ride - Uber or a Taxi?

The typical day of the taxi driver is a 12 hour shift. The driver then goes around the city and waits for passengers to either call their dispatch service or flag them down on the street.

Taxi cab passengers often don’t have a control on who they get as their cab driver or the state of the cab that they’re going to ride. Often, passengers have to pay in cash and are obliged to give a tip.

In contrast, an Uber driver starts his trip by opening the Uber Partner app and logging into the service. What is an Uber driver? An Uber driver drives when they want, and how long they want. They are their own boss.

Uber passengers no longer have to stay at the curb of the road or fight to get a taxi cab. Plus they can take advantage of tons of Promo Codes. All it takes is a click of a button, and rides are automatically assigned to the nearest driver of the requesting passenger. The app would compute the fare cost, which would be automatically charged to the passenger’s credit card after the trip.

After completing the trip, the driver and the passenger will be prompted to rate the riding experience---ranging from 1 star for poor to 5 stars for excellent. Uber drivers always aim for a rating of 4.6 rating or above. Get anything lower, and the driver might face suspension, so Uber drivers are always courteous, and keep their cars in tip-top shape.

The level of service and the ease of convenience has clearly won Uber its following around the world. Passengers are now more inclined to use the ride-sharing service, rather than hailing or calling a cab.

Why be an Uber Driver?

Well, for one, cool people like Jimmy Kimmel are doing it. I guess even big TV stars enjoy the Uber side hustle.

Unsurprisingly, the taxi industry has claimed to have suffered quite a bit because of Uber. All though Uber isn't nearly as large as the entire taxi industry, it is one of the biggest providers of transportation. Taxi drivers and companies have launched protests in England, France, to even China, complaining about how Uber has undermined their industry with its low prices, and unregulated service.

Despite all that, Uber continues to thrive.

Uber provides a great alternative to other drivers, or to private car owners that need an alternative source of income.

Uber drivers have more freedom, and will always get income commensurate to how much time and effort they put in. These days, many former taxi drivers now work as Uber drivers full time and pay for all of their bills from income earned from the app.

The demand for Uber services doesn’t seem to be waning as well. While Uber has been mired with passenger-related scandals, including a rape charge in Delhi, and a wrongful death claim from a hit-and-run case with one of its drivers, Uber riders continue to use the service.

Costs are lower in Uber. An UberX ride costs less than regular cab fare in New York and options like UberPool drive down the cost even more. Most riders also like the rating system, where they can give the quickest feedback on a good or bad driver. But mostly, it’s because of convenience. Nothing beats the convenience of being able to request a driver that will go directly to where you are at the push of a button.

From increased competition from Uber-like services to taxi companies offering an online booking app with a rating system, Uber does face many challenges. But as the sharing economy continues to evolve and grow, Uber, together with its drivers, is still strongly positioned to continue dominating the worldwide ride-sharing industry.